62-year-old man who was brought obtunded to the emergency room. Workup shows him to be acidotic, hypotensive, hypothermic and in septic shock. A CT scan shows a large
amount of fluid and free air. 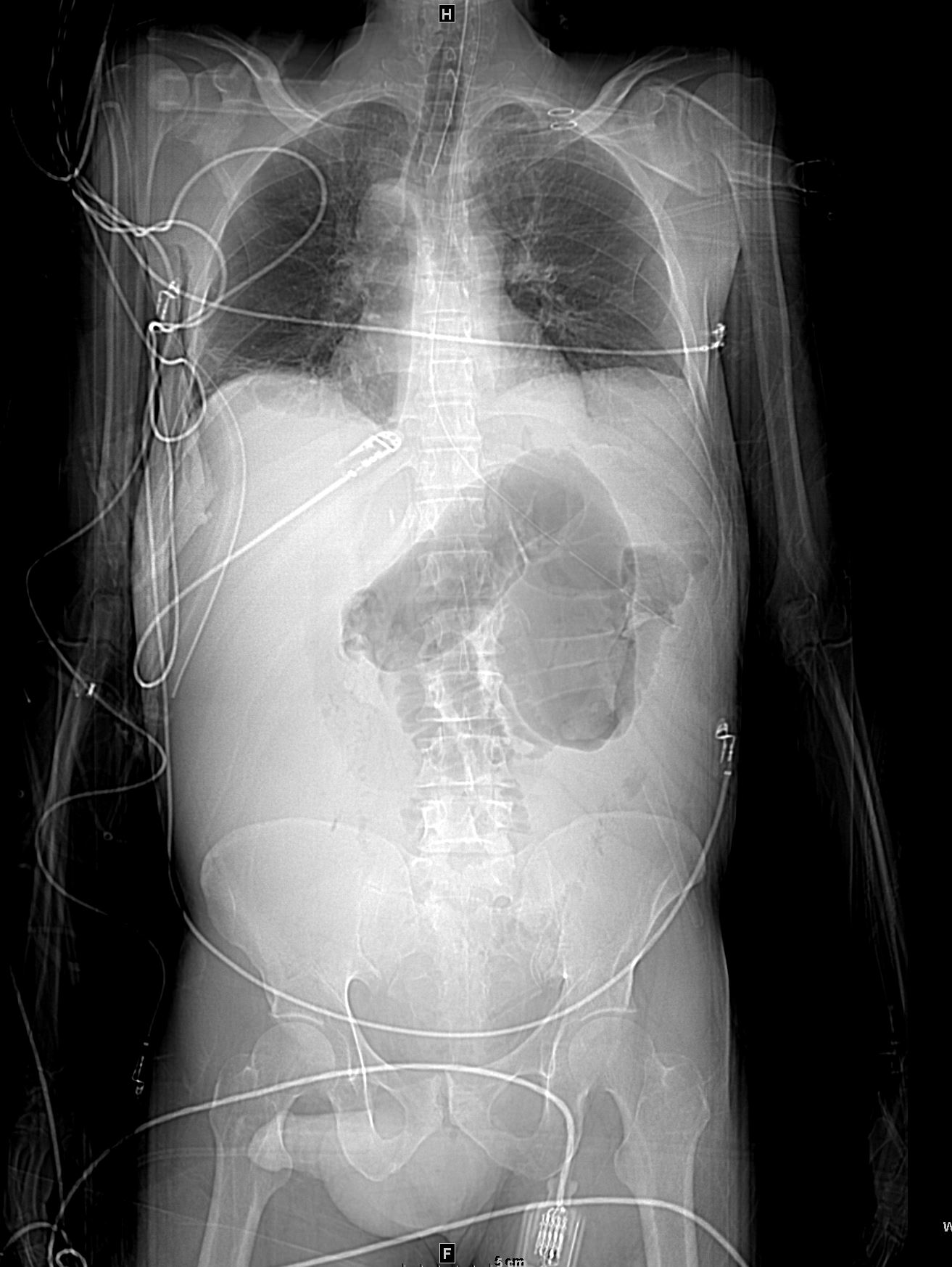 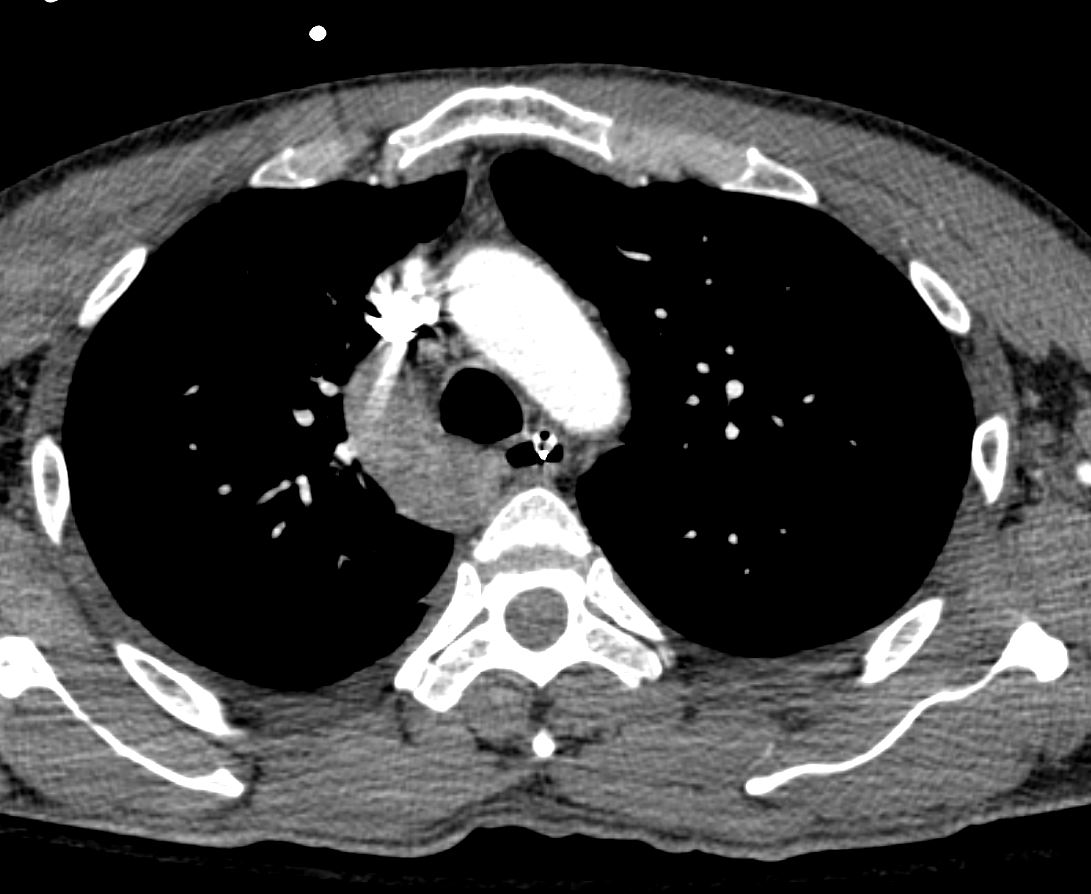 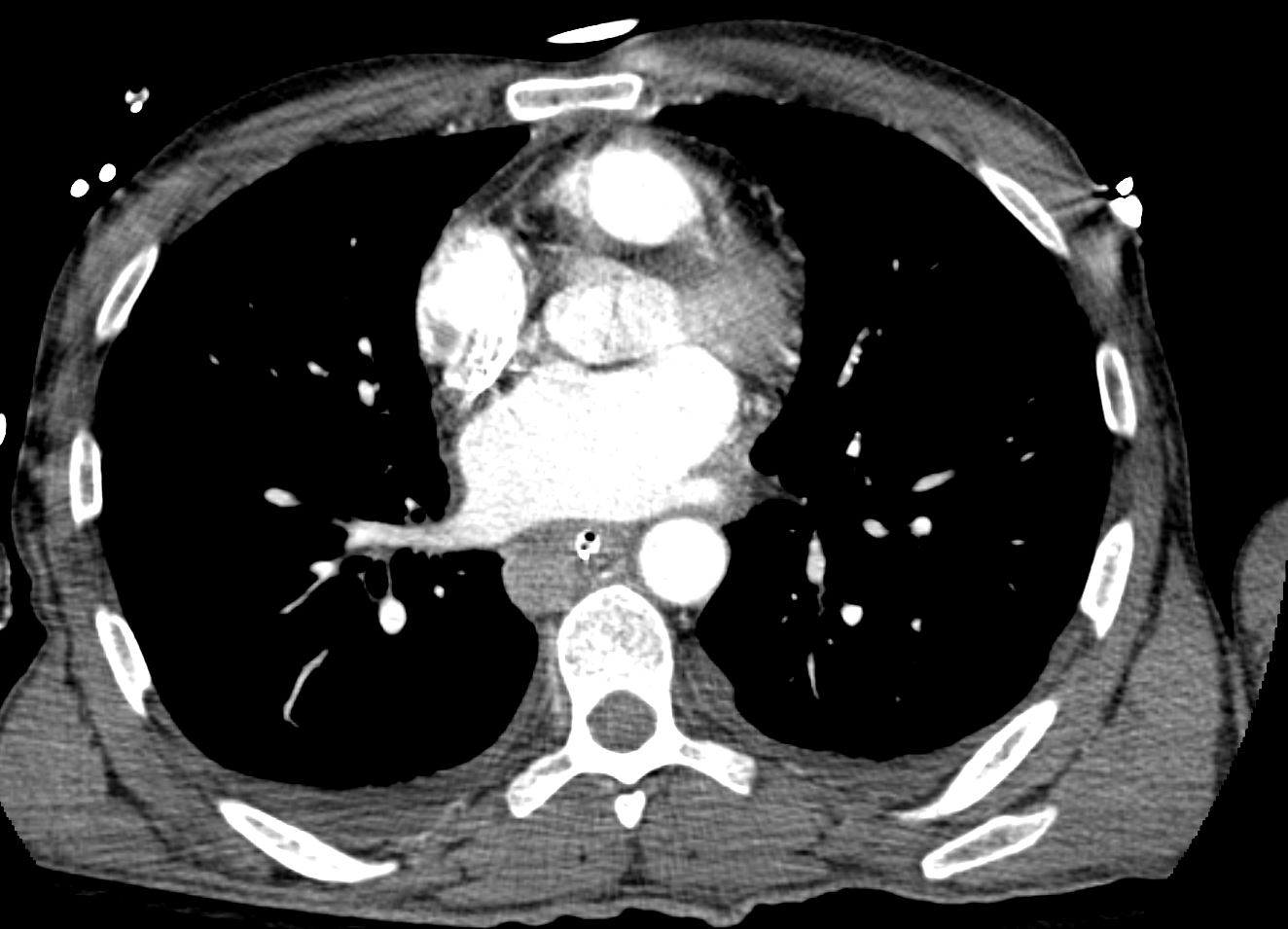 Cortical flow in the adrenal gland 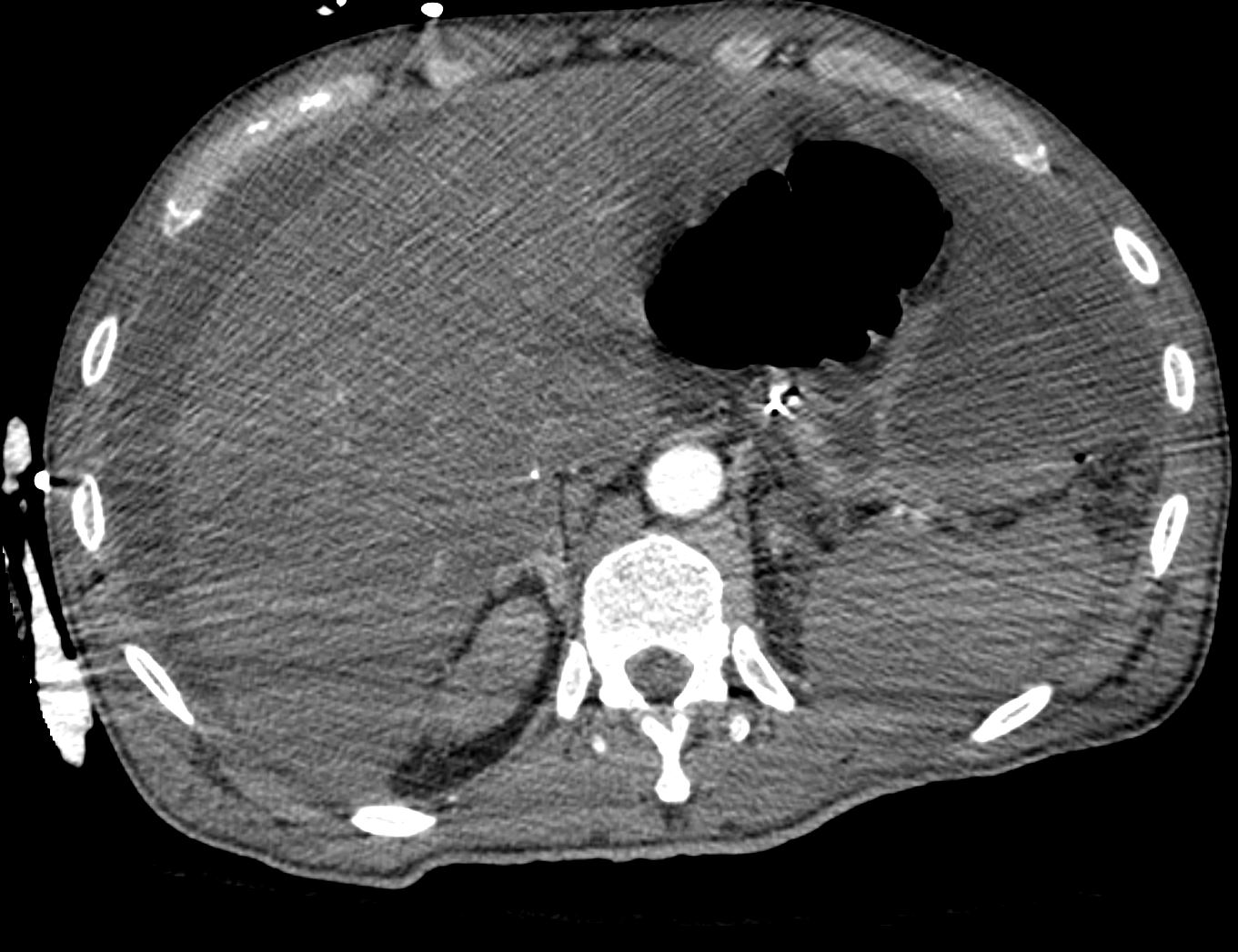 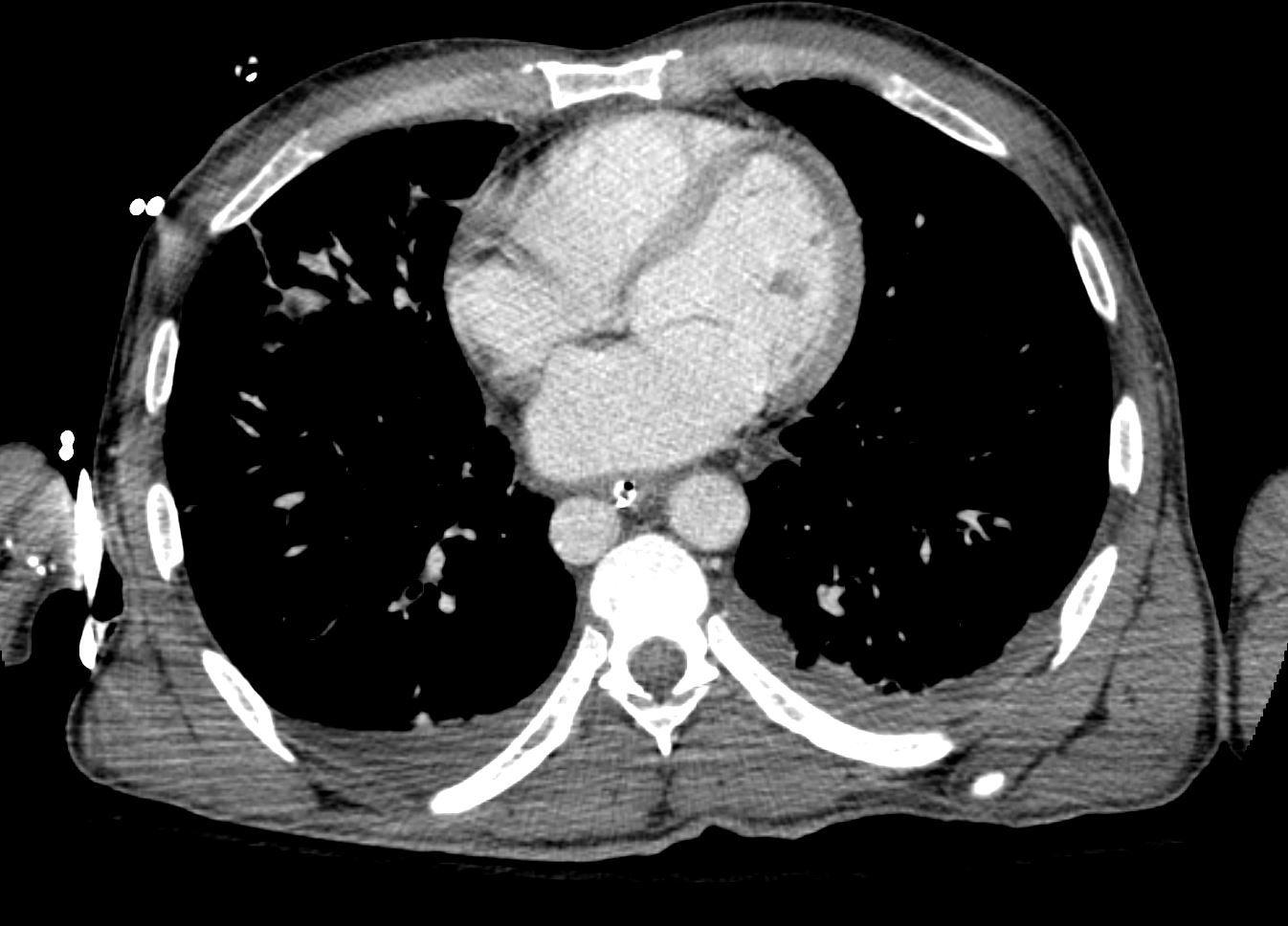 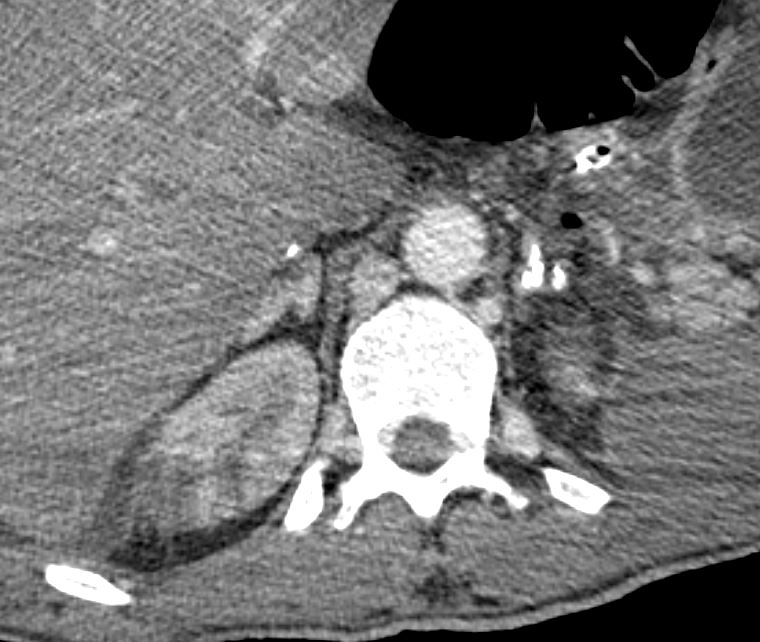 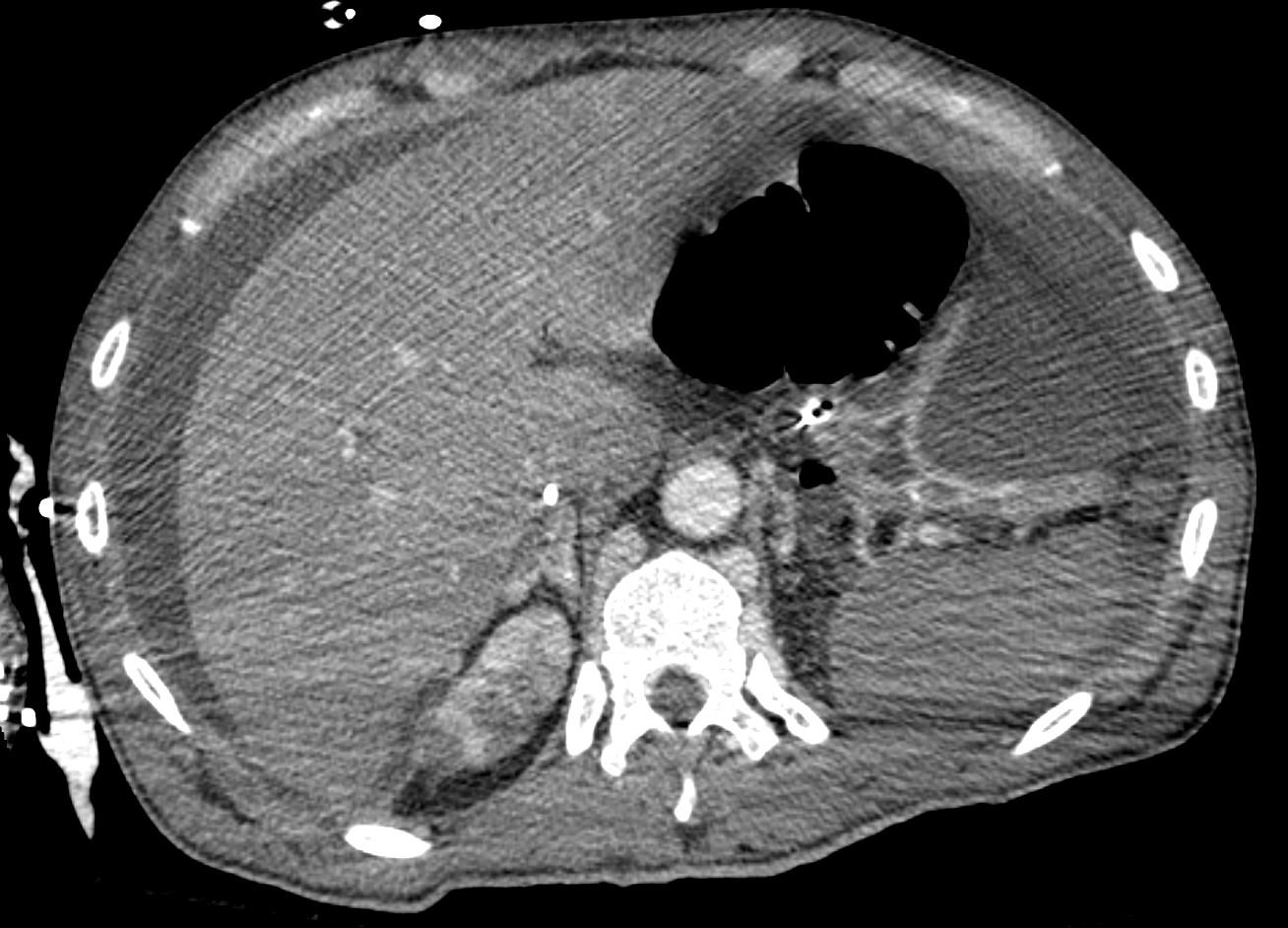 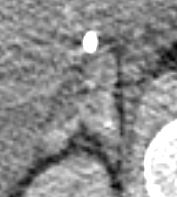 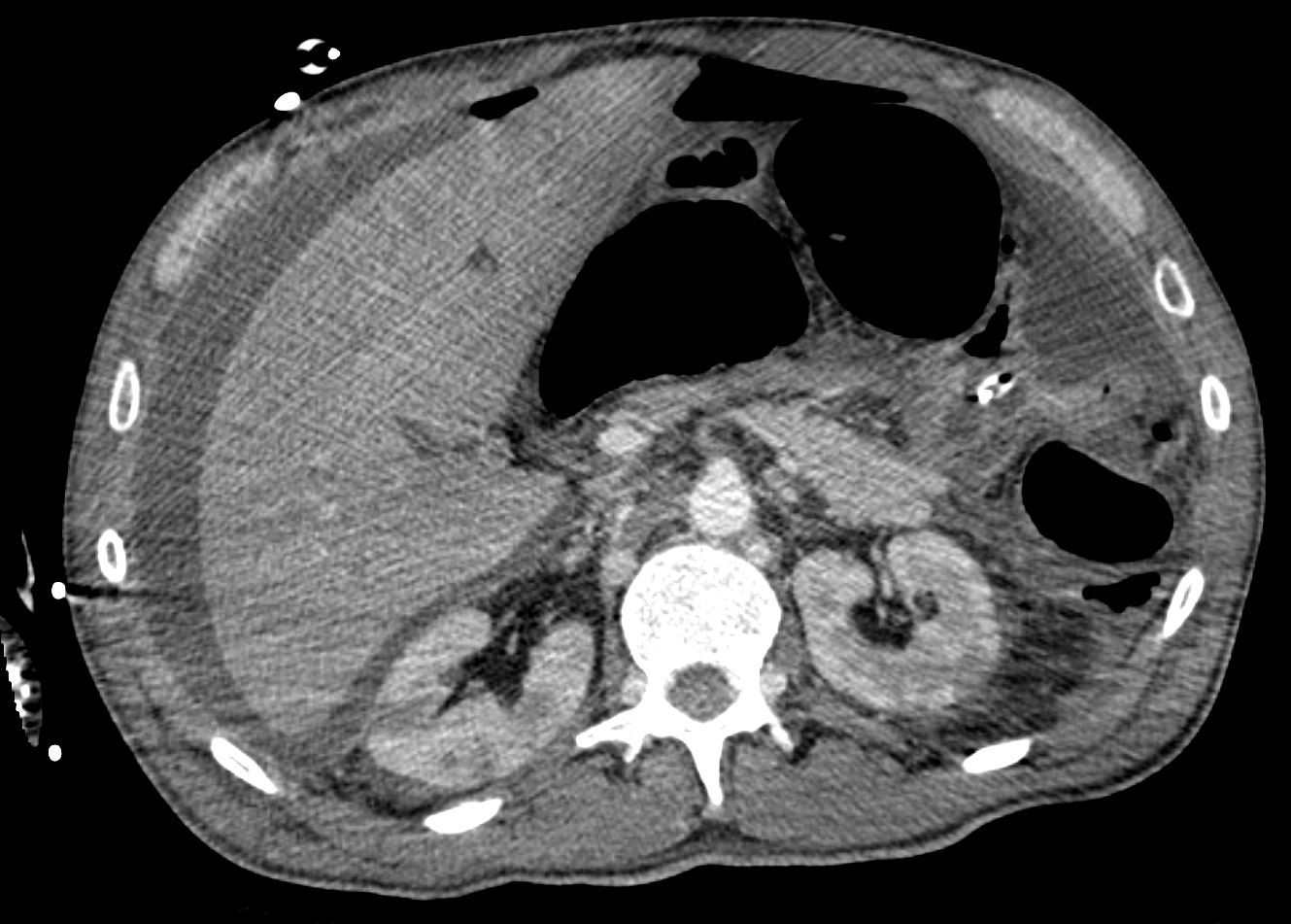 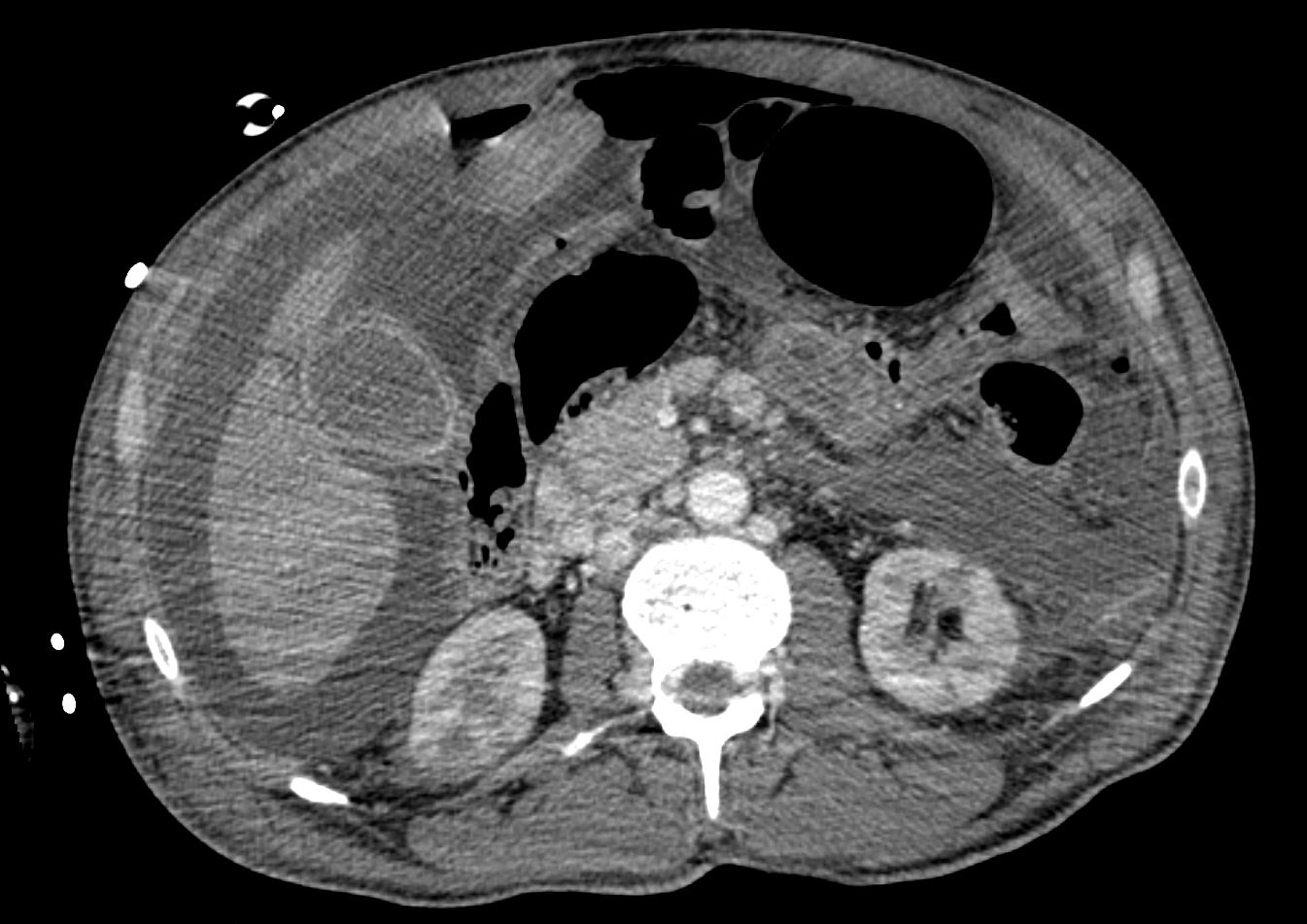 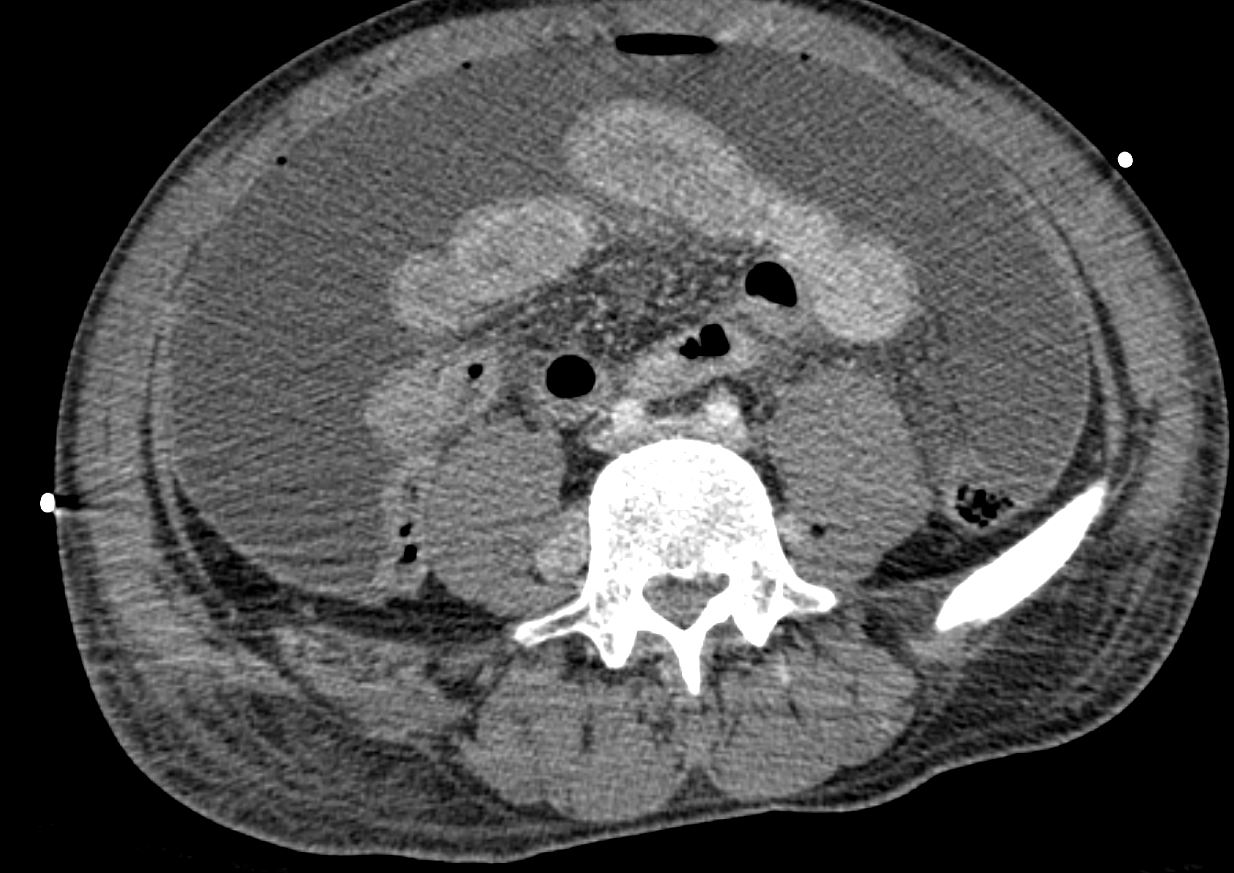 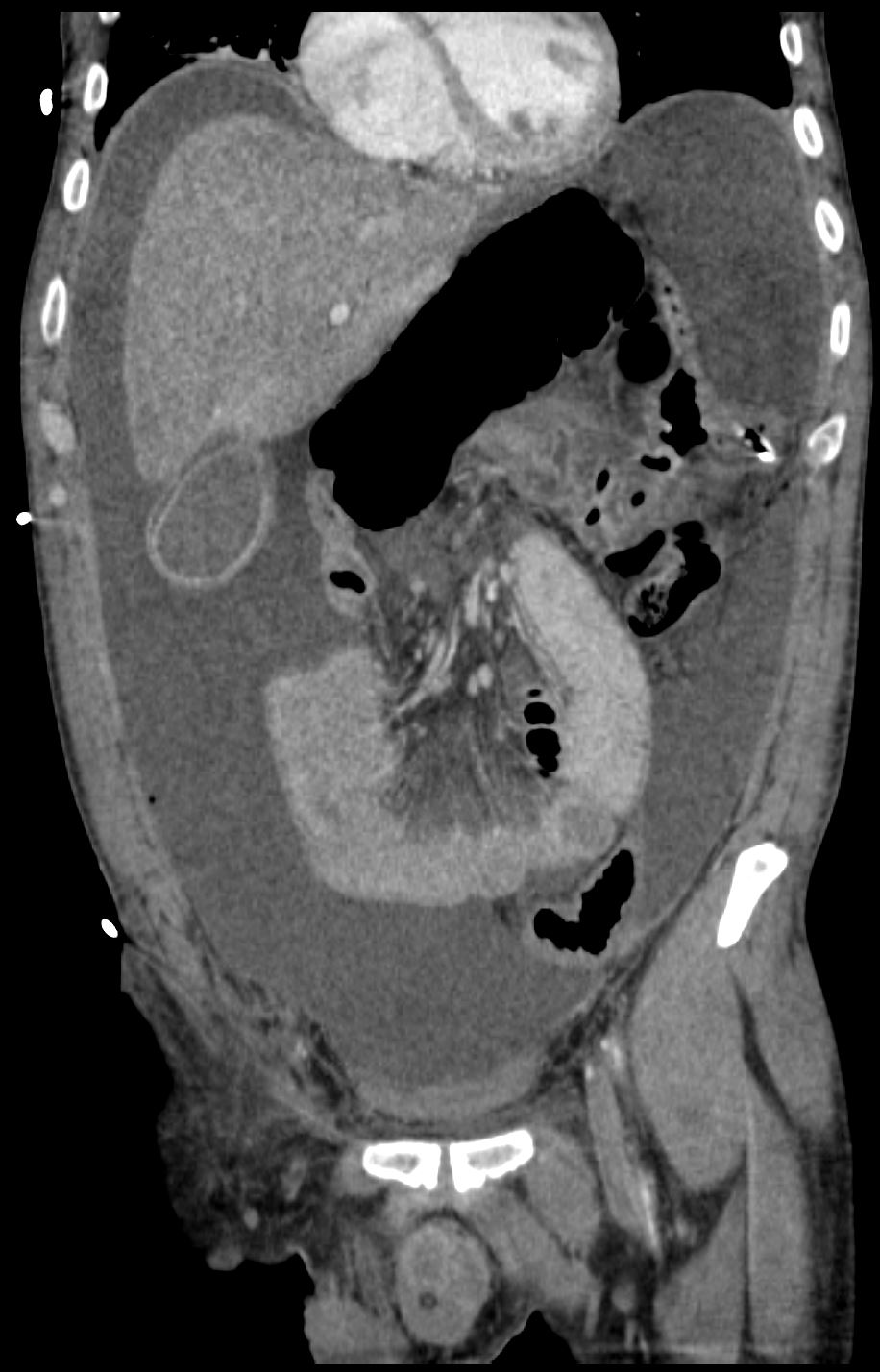 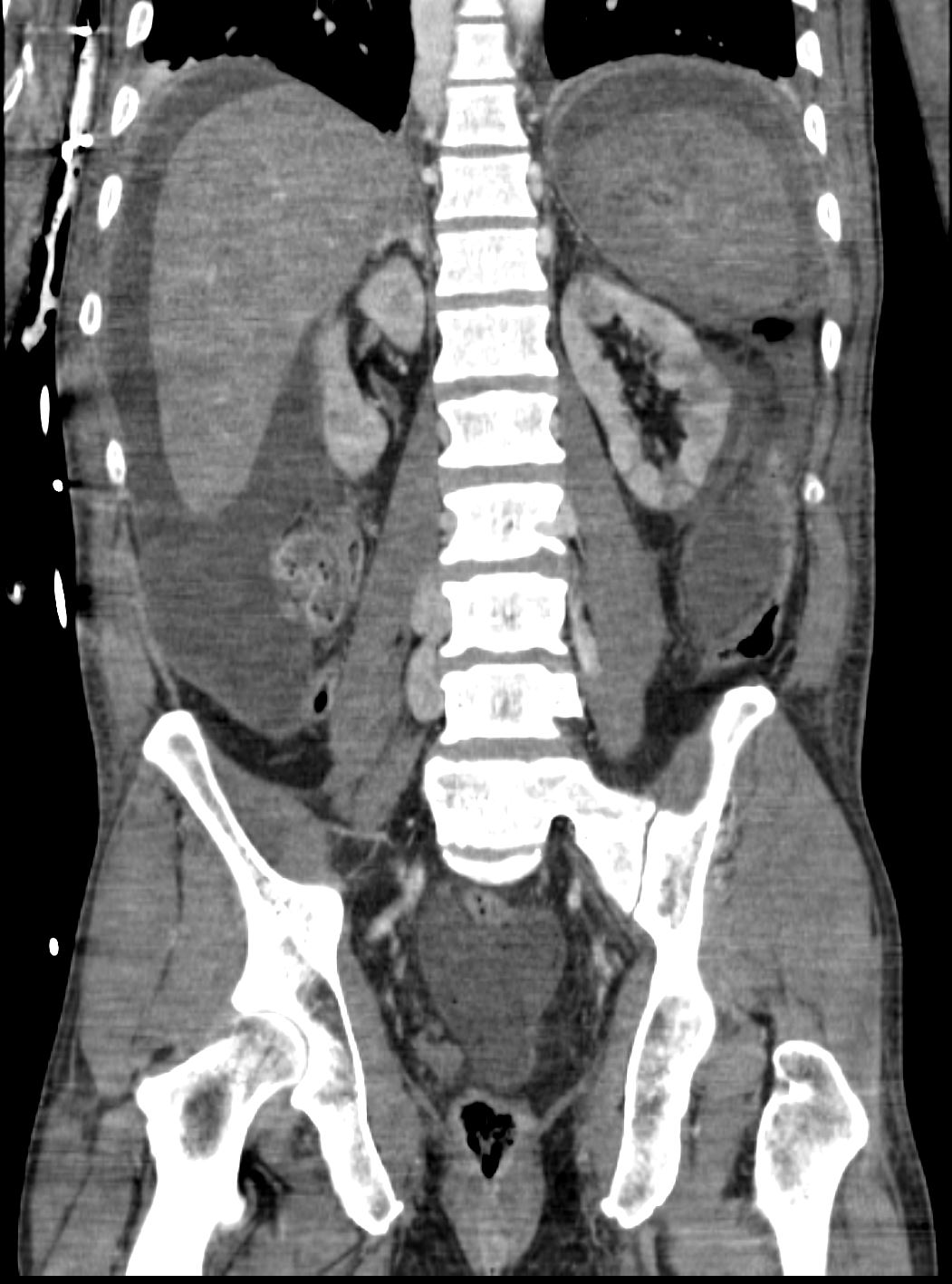 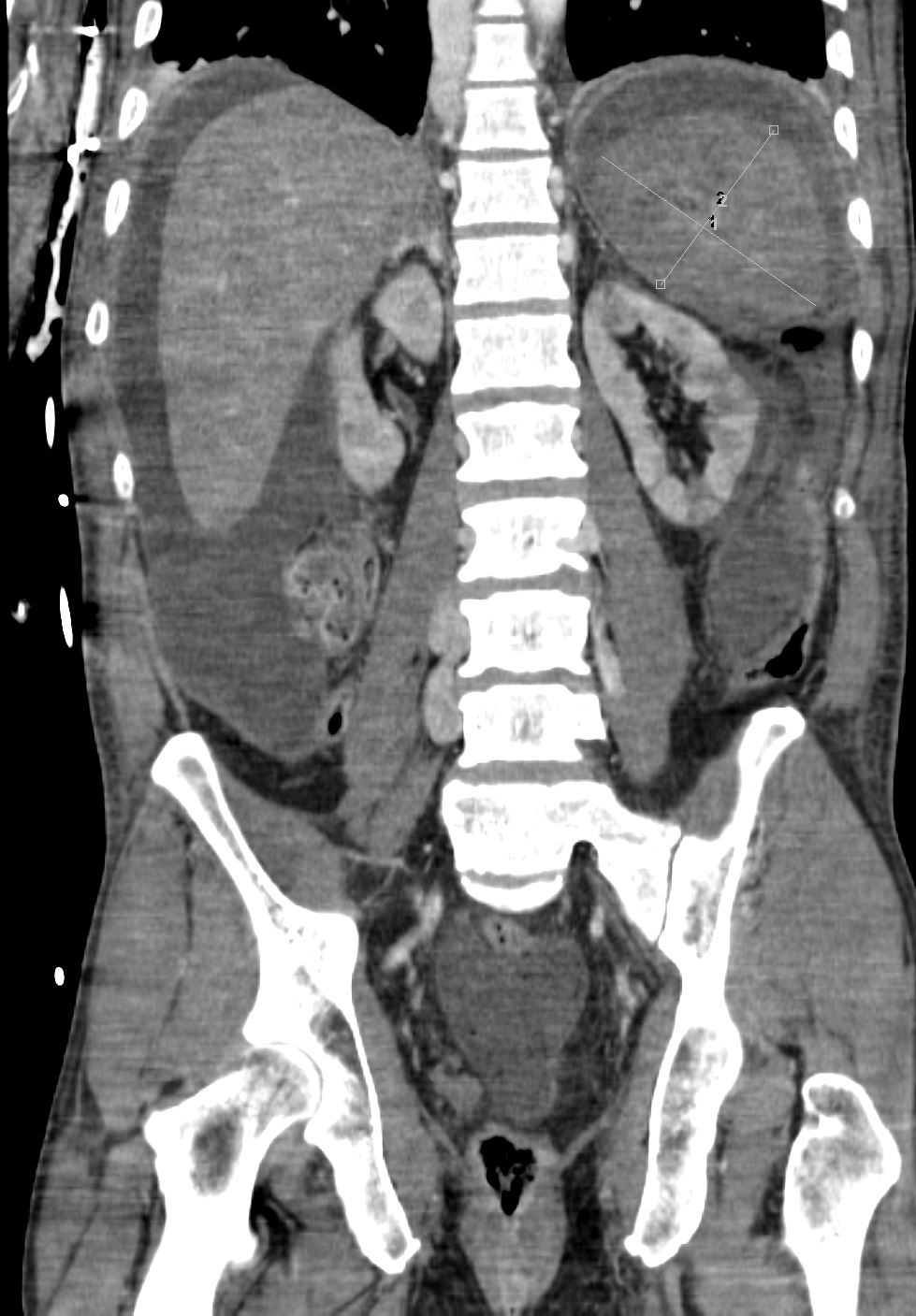 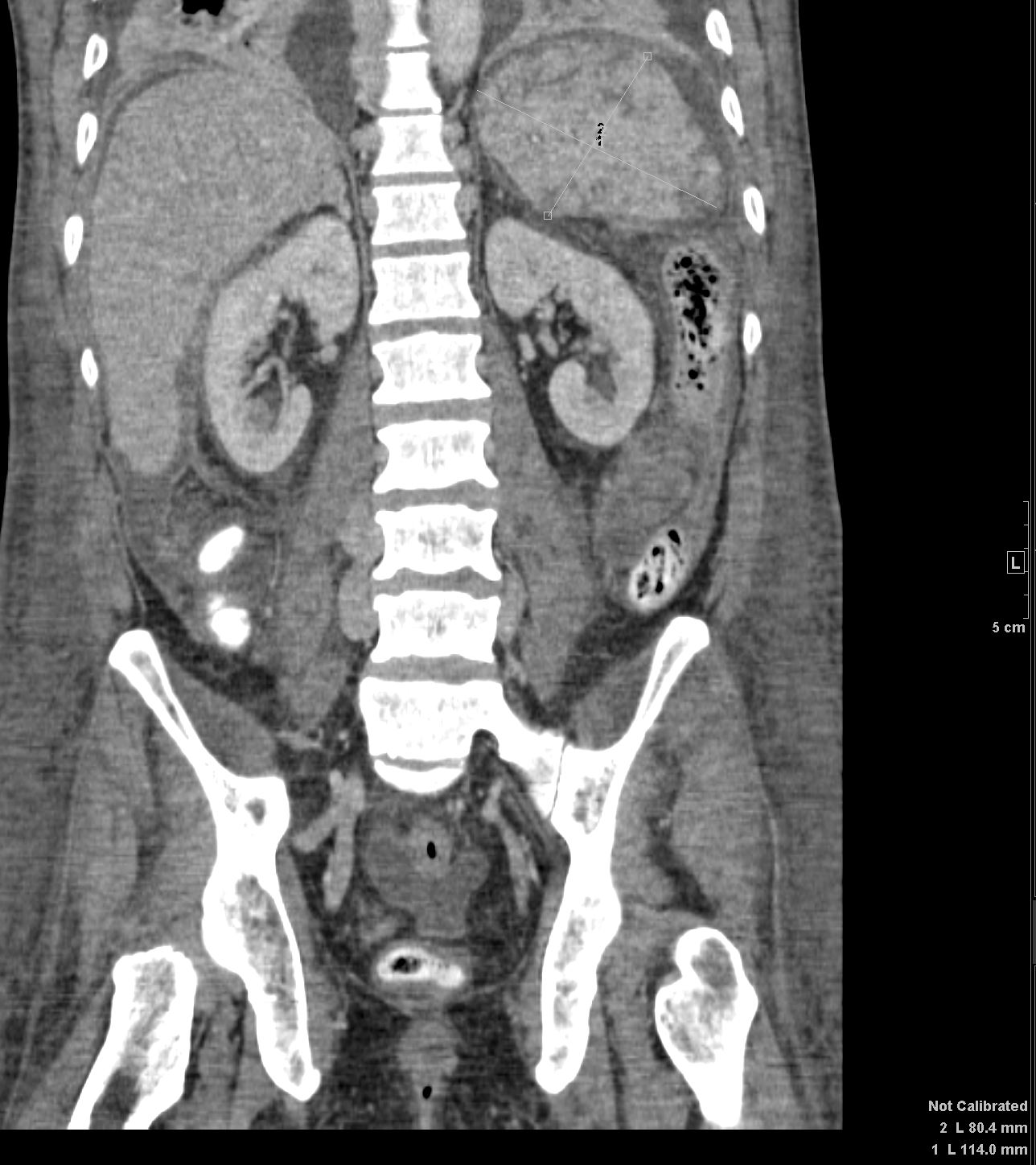 1. Free intraperitoneal air with multiple foci of air adjacent to the
greater curvature of the stomach concerning for perforation.

3. Multiple hypodensities in the kidneys bilaterally given other
findings likely represents infarcts, pyelonephritis is in the
differential.

The patient was taken emergently to the operating room where he
underwent exploratory laparotomy. Upon entry into the abdomen he had a large amount of purulent, foul-smelling fluid consistent with a perforated viscus This represented well established perforation certainly greater than 24 hours. Exploration of the abdomen first did not reveal an obvious source. On further exploration it appeared that it was coming from the
stomach. The duodenum and pylorus appeared intact. The succus coming from behind the stomach and further mobilization revealed that the perforation was along the lesser curve in the prepyloric area but posterior and high inthe antrum