No pulmonary embolism was identified

There was however significant stasis of systemic venous inflow into the right atrium and right ventricle characterized by almost complete stasis of the contrast column in the IVC and extension of the contrast into the smallest hepatic veins in the dependent portion of the liver posteriorly. There was also reflux of contrast down the azygos vein 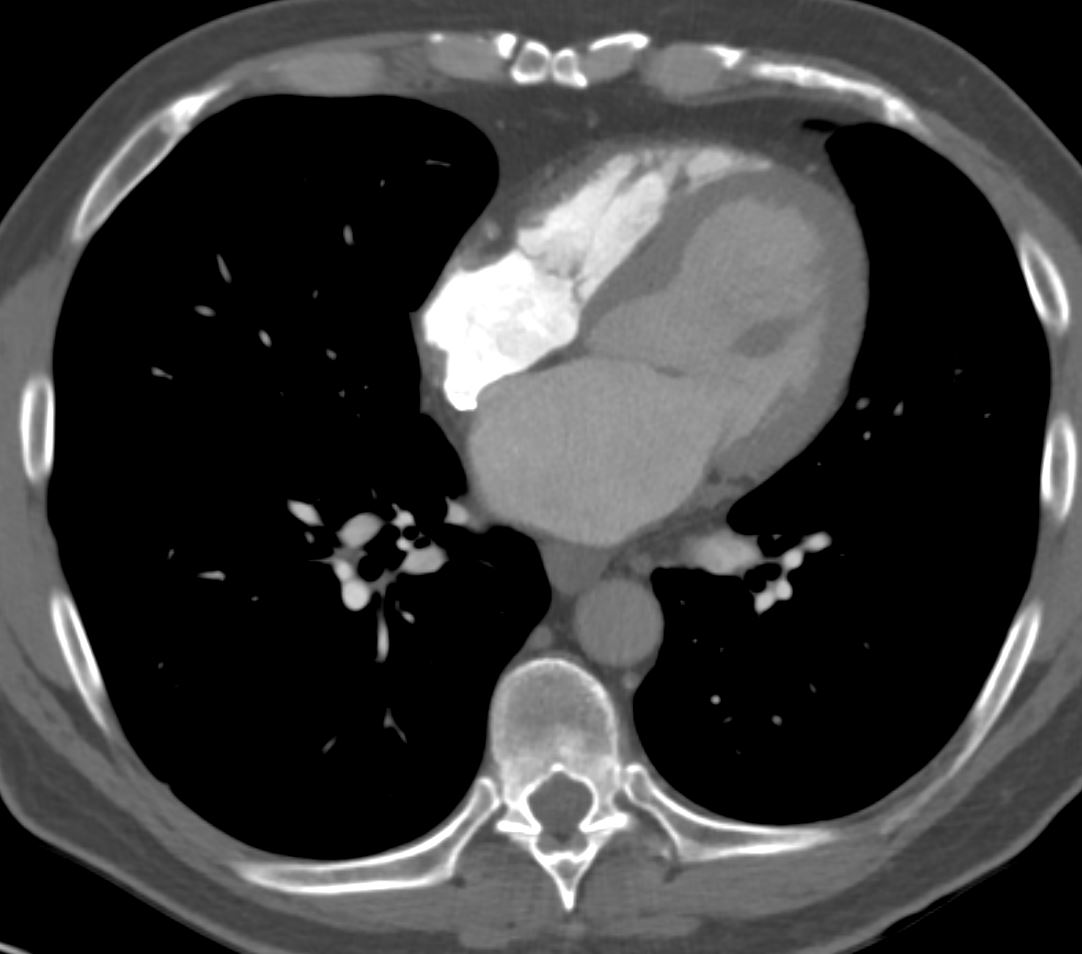 Venous findings suggest limitation of flow into the right atrium, that may be seen in the setting of shock or significant pericardial constriction or cardiac tamponade. However there was no report of acute hemodynamic compromise while the patient was in the scanner nor with subsequent communication with nurse  who had communicated with the patient. Theoretically, severe Valsalva maneuver could. also limit flow into the right atrium could theoretically also result in a similar appearance but it would be very unusual