Pulmonary edema is a circulatory abnormality of the pulmonary circulation with multiple causes, but most commonly due to left ventricular failure and resulting in the  accumulation of fluid in the interstitium and alveoli of the lungs .

Treatment includes the administration of  oxygen, diuretic and cardiac support and if severe may require  intubation, and ventilatory support. 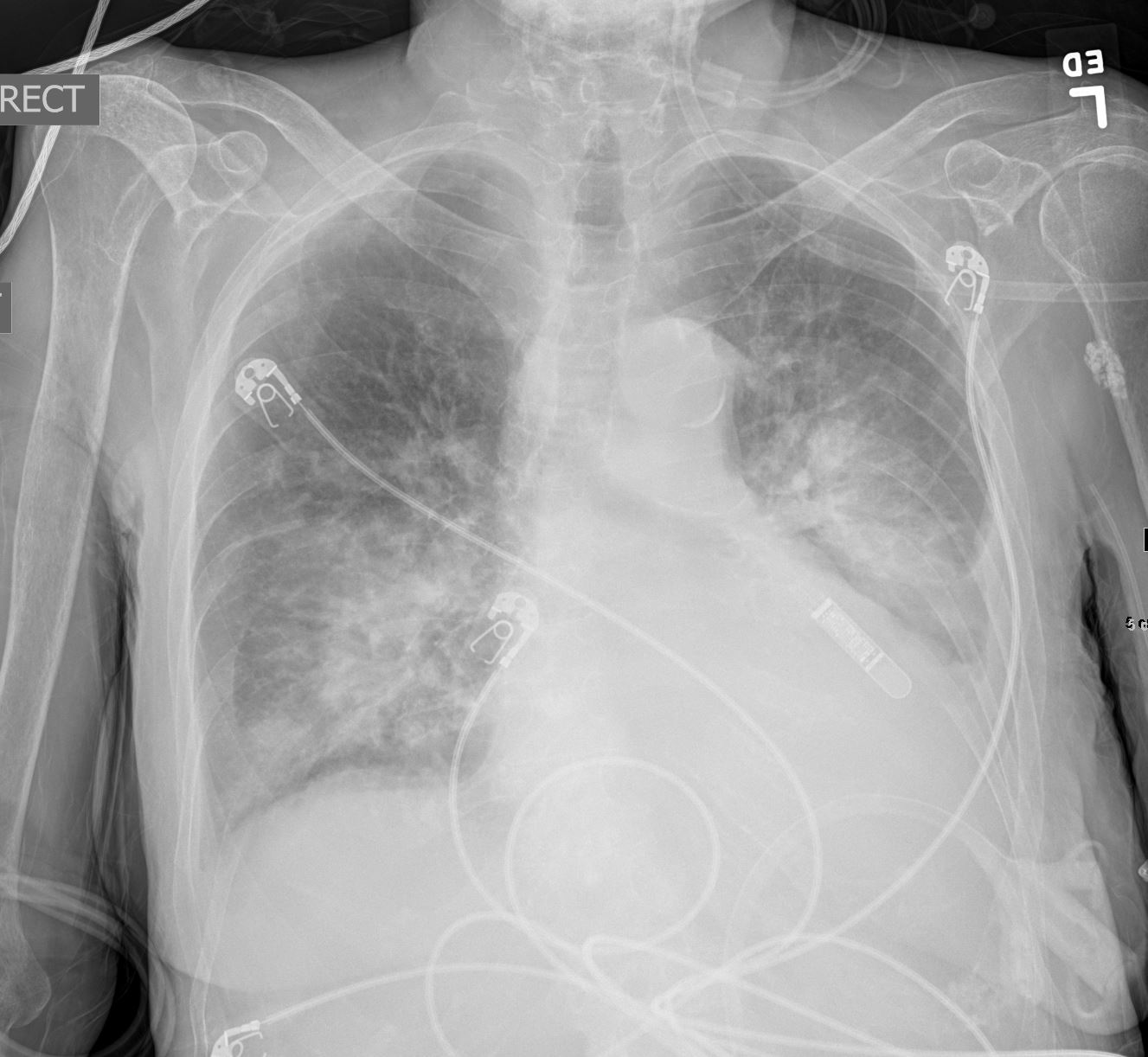