At the time of his first presentation with dyspnea his CXR showed perihilar infiltrates. 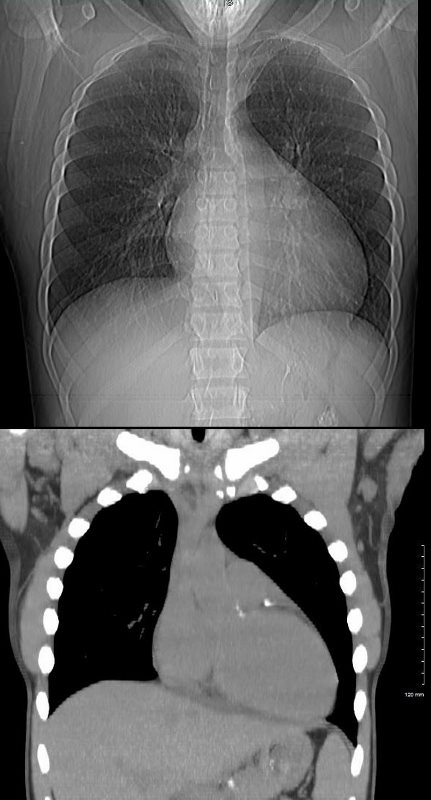 MRI confirmed the presence of a dilated cardiomyopathy, small pericardial effusion, without evidence of LGE, global hypokinesis and EF of about 20%