Description: This series of non contrast CT scans through the inferior aspect of the LV shows a thin lucency of fat density which is located on the endocardial side of the myocardium. This suggests that there is significant associated thinning of the myocardium. There are a few punctate dystrophic calcifications in the septal component of the lucency. (a,b) The lucent abnormality also extends to the apex and the free wall of the LV. In images c and d the apex bulges forming an apical aneurysm. The findings are consistent with previous infarction with fatty changes in the infarcted region. . 38325c code cardiac heart LV apex septum free wall lucent fat calcification MI aneurysm CAD IHD imaging radiology CTscan 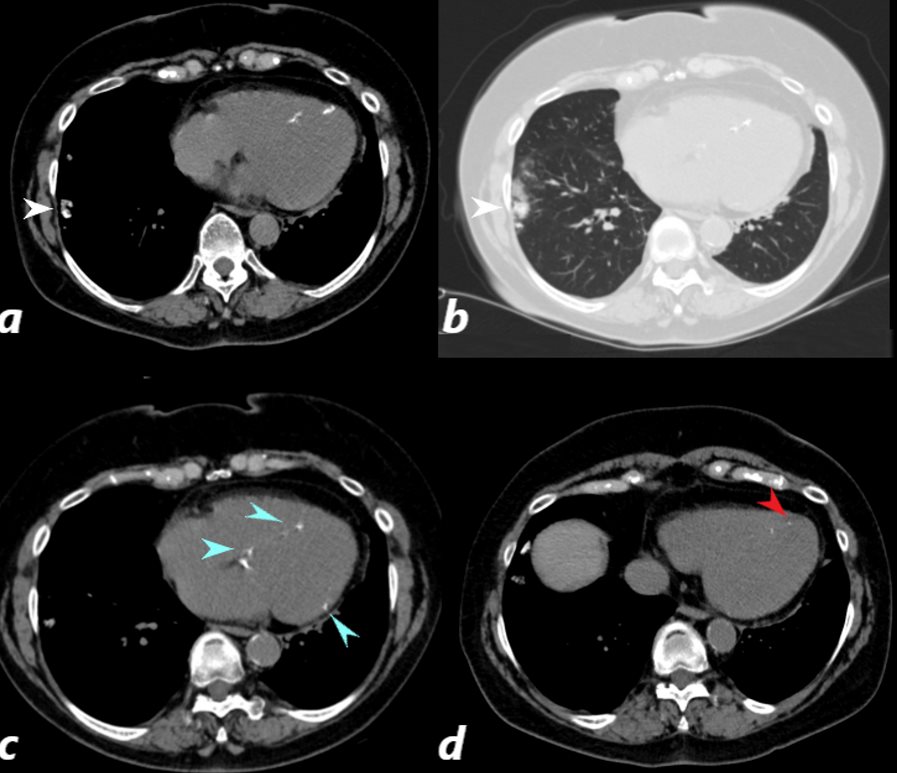 CT scan of a 67 year old female with anca positive vasculitis shows of dystrophic calcification in the lateral aspect of the right lower lobe (white arrow, a and b) )with focal nodular parenchymal consolidation, that likely reflects a site of prior small vessel infarct. Dystrophic calcification in the LV myocardium (blue arrows c) and a suggestion of fatty dysplasia in the left ventricular apex red arrow d) suggest changes from small vessel infarct.