Chambers that are Border Forming on the PA Examination

There are Two Basic Common Shapes of Cardiomegaly

SHAPE OF THE LEFT VENTRICLE
The enlarged LV (a,b) is shaped like an oval and it is likened to a rugby ball or an American football placed on the field at kick off time. LVE on CXR is mostly assessed by an increased cardiothoracic ratio as well as the accentuation of the ovoid shape. (lower images c, d,e, f)
Ashley Davidoff MD

Vector of the Enlarging LV  – Rotate  Down and to the Left

VECTOR FOR LV ENLARGEMENT
DOWN AND OUT
The left ventricle (LV) enlarges in a posterior, downward and lateral direction resulting in the characteristic changes of LVE on CXR
Ashley Davidoff MD

The Triangular Form of Cardiomegaly

Vector of the Enlarging RV – Rotate  Laterally to the Right

What about the Right Atrium (RA) and Right Heart Border?

The right atrium is the most difficult chamber to assess unless it is very large in which case it will manifest on the frontal CXR with a very large right paravertebral border.

The Carina and the Carinal Angle

NORMAL FRONTAL CXR NORMAL ASYMMETRIC BRANCHING OF MAINSTEM BRONCHI
The normal CXR shows the characteristic asymmetric branching of the main stem bronchi. The right is short and stout and slightly more vertical while the left is long and thin and slightly more obtuse.
The normal carinal angle is between 40-80 degrees.
Ashley Davidoff MD 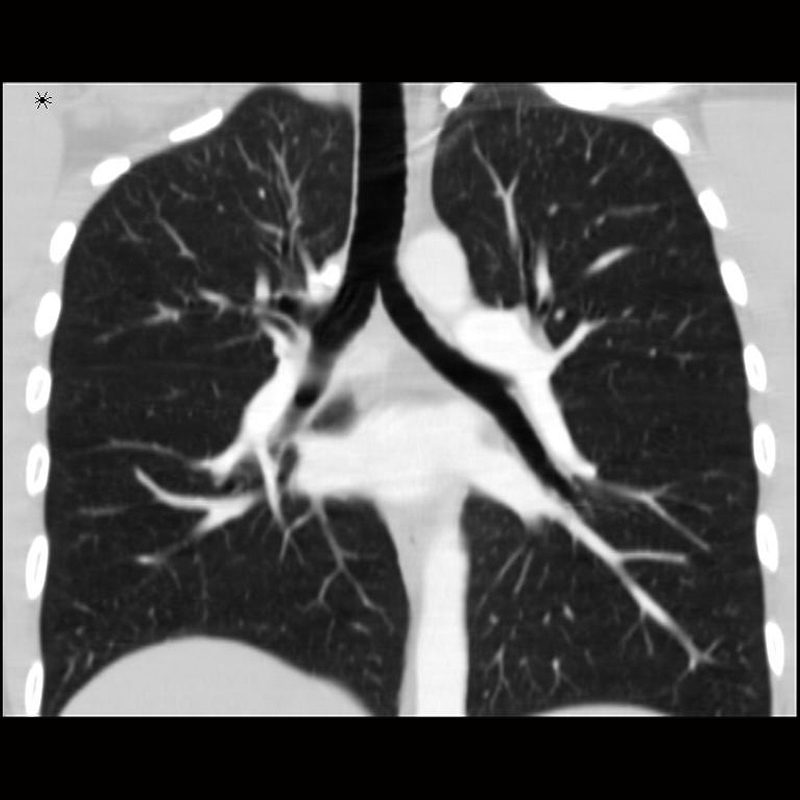 PARTS OF THE ENLARGED HEART ON  FRONTAL CXR  in MITRAL STENOSIS PULMONARY HYPERTENSION AND COR BOVINUM
71 year old Asian female with rheumatic heart disease dominated by calcific mitral stenosis mild MR, moderate tricuspid regurgitation and secondary pulmonary hypertension.
The frontal view shows an enlarged RA (light blue) characterized by a prominent right heart border. The right ventricle is enlarged as noted by the triangular shape of the cardiac silhouette, an the upturned (“proud breast”) appearance of the left heart border, both reminiscent of RVE. The left atrium is also significantly enlarged characterised by the widened carina and the straight heart border caused by a combination of atrial appendage enlargement and pulmonary hypertension.  The LV (maroon) is normal in size
Ashley Davidoff MD