As in the lungs the the granulomatous nodules follow the lymphatics

Lymphatics of the heart

Cardiac sarcoidosis (CS)detected in 20-30% of patients with sarcoidosis (up to 55% in Japanese population) and more than 20% of the cases of sarcoidosis are clinically silent. Complete heart block, bundle branch block, ventricular tachycardia (VT), congestive heart failure (HF), and sudden death are common presentations in CS 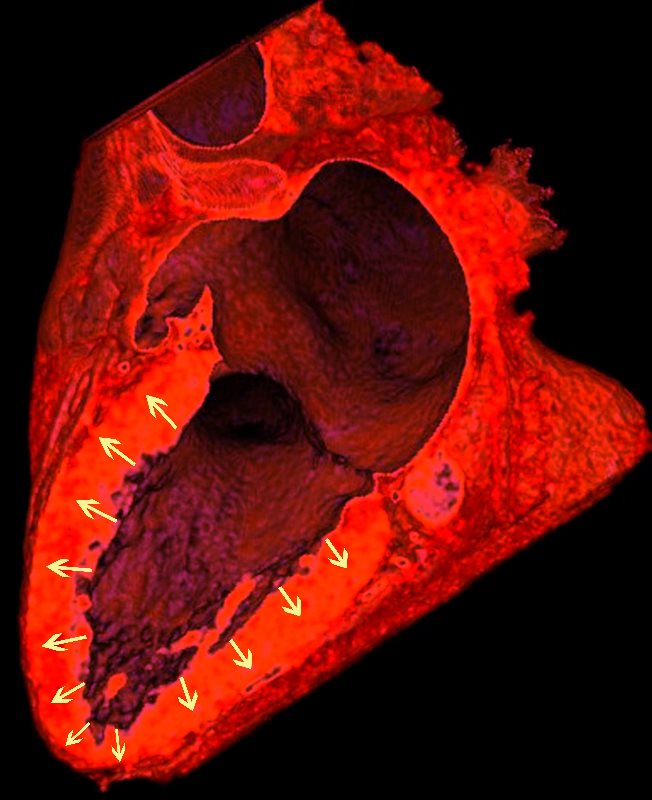 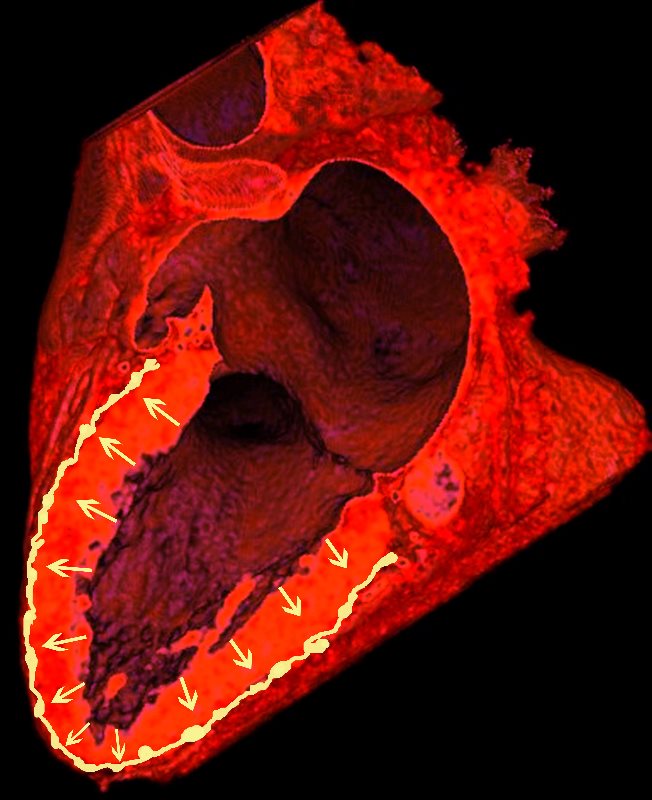 No portion of the heart is immune to infiltration by sarcoid granulomas. The granulomas may involve the pericardium, myocardium, and endocardium, but of the three, the myocardium is, by far, the one most frequently involved. (sarcoid = meat – so myocardium most commonly involved)

The “S” of Sarcoidosis

The most common involvement observed on MRI is the subepicardial layer

The pattern of LGE is typically patchy, mid-myocardial or epicardial and in a non-coronary distribution. LGE can be seen in both active disease (due to inflammation) and in scar.

69 year old male presented with history of cardiomyopathy and atrial fibrillation  The findings on MRI are highly suggestive of sarcoidosis. There are multicentric foci of LGE in linear and nodular form in the mid myocardial and subepicardial layers and likely in the pericardium and myocardium of the right ventricle.

There was associated global hypokinesis of the LV with an EF of 40%, and increase in the LV mass of 120gms/ sq m

The disease is patchy and multifocal.  Te=he endocardium is spared.

MRI Typical LGE patterns in patients with cardiac sarcoidosis include patchy multifocal subepicardial and midwall LGE  along the basal septum, sometimes with extension into the right ventricular insertion points as well as the infero-lateral wall.

Nonetheless, no specific pattern of LGE on CMR is diagnostic for cardiac sarcoidosis.

The presence of LGE in a non-infarct pattern may also be associated with fibrosis from prior myocarditis or idiopathic cardiomyopathy; rarely, cardiac sarcoidosis may mimic an infarct pattern.

The extent of myocardial LGE is  an important prognostic marker. Patients with cardiac sarcoidosis involving ≥20% of left ventricular mass have higher risk of cardiac death, hospitalization for heart failure and life-threatening arrhythmias.  Additionally they were less likely to demonstrate functional recovery of the left ventricle following steroid therapy.

Shimada,T et al  Structure and distribution of lymphatic capillaries and fenestrated blood capillaries in the conduction system of the rabbit heart  Heart and Vessels volume 4, pages123–127(1988)